Anglian Water is today unveiling the latest weapon in its armoury to wage a war on leakage. In an industry first, the water company is deploying an adapted form of naval technology across its network, to hunt down and fix leaks faster than ever before.

Known as advanced noise loggers, this ground-breaking technology, works like a hydrophone and listens for changes in sound underwater. Placed permanently within the pipe itself the loggers listen through the flow of water to find hard to pinpoint leaks.

Traditionally hydrophones are used by the navy for submarine navigation, underwater mapping, and communication.

Andy Smith, Leakage Optimisation Manager for Anglian Water said: “One of the biggest challenges faced across the water industry is the ability to detect leaks effectively on plastic pipes as they don’t transmit noise when they leak. Critically, unlike more widely used methods, this new technology can be used on plastic pipes, which make up 60% of our waters mains.

“This is a real game-changer in how we tackle leakage in terms of our teams on the ground and the processes we use. It will revolutionise what we do in terms of leakage.”

“We already have the lowest level of leakage in the water industry at half the national average. But being ahead of the curve means we’re now into the realms of tracking down really hard to find leaks, long before they’re visible to the naked eye, meaning our leakage targets are now really tough.

“We’re looking into every avenue of engineering available to us to continually be better, and technology like this will revolutionise our ability to meet those tough targets.

Anglian Water will be fitting thousands of these leak detectors across their network over the next 18 months in a bid to drive down their already industry leading leakage levels by a further 22% before 2025. This would make Anglian Water a world leader in leakage, as well as retaining its leakage crown in the UK too.

The technology has been developed in partnership with Primayer, a leader in hydrophone technology.

Andy continued: “We very much created the technology together. We didn’t want to just accept what was on offer, we wanted to collaborate to drive for the best solution for the challenge we faced.  The noise logger is a permanent fixture within the water pipe, taking readings every night so any noise from leaks can be heard more clearly and analysed by our leakage team. Essentially we’re listening for leaks; these are our ears in the ground.  Working with our in-house data team we’ve also developed a dedicated modelling system which works out the optimum points across the water mains network to place the sensors. This precise deployment means the noise loggers can be installed much more efficiently.”

The system is also much more accurate – up to around 70%, generating far fewer false positive readings of where leaks are, and trials have shown they can cover six times the distance of other noise loggers, meaning far fewer devices are needed on the network, thus saving money too. 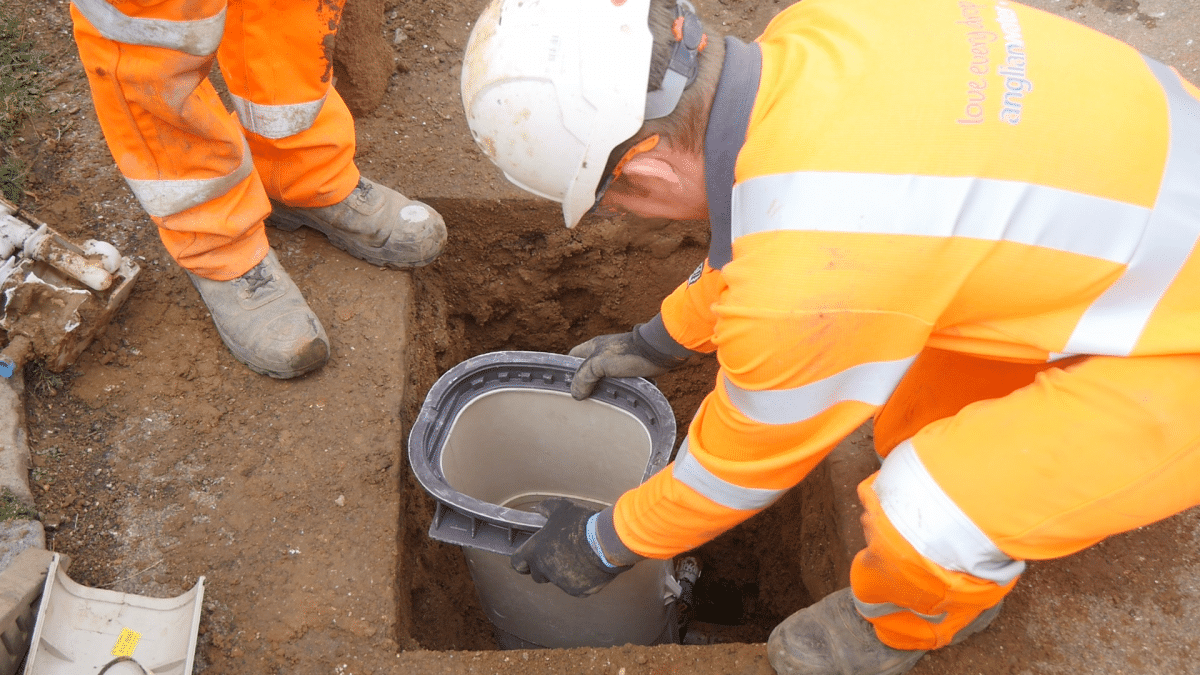